It's a half acre lot with a level  building site and the retaining wall is  already in place. No time limit to build and you can go ahead and build a boat dock on your own shoreline.  Click here for the listing: Lot 415 Sailboat Drive

The difference Between Richland Chambers and every other Texas Lake 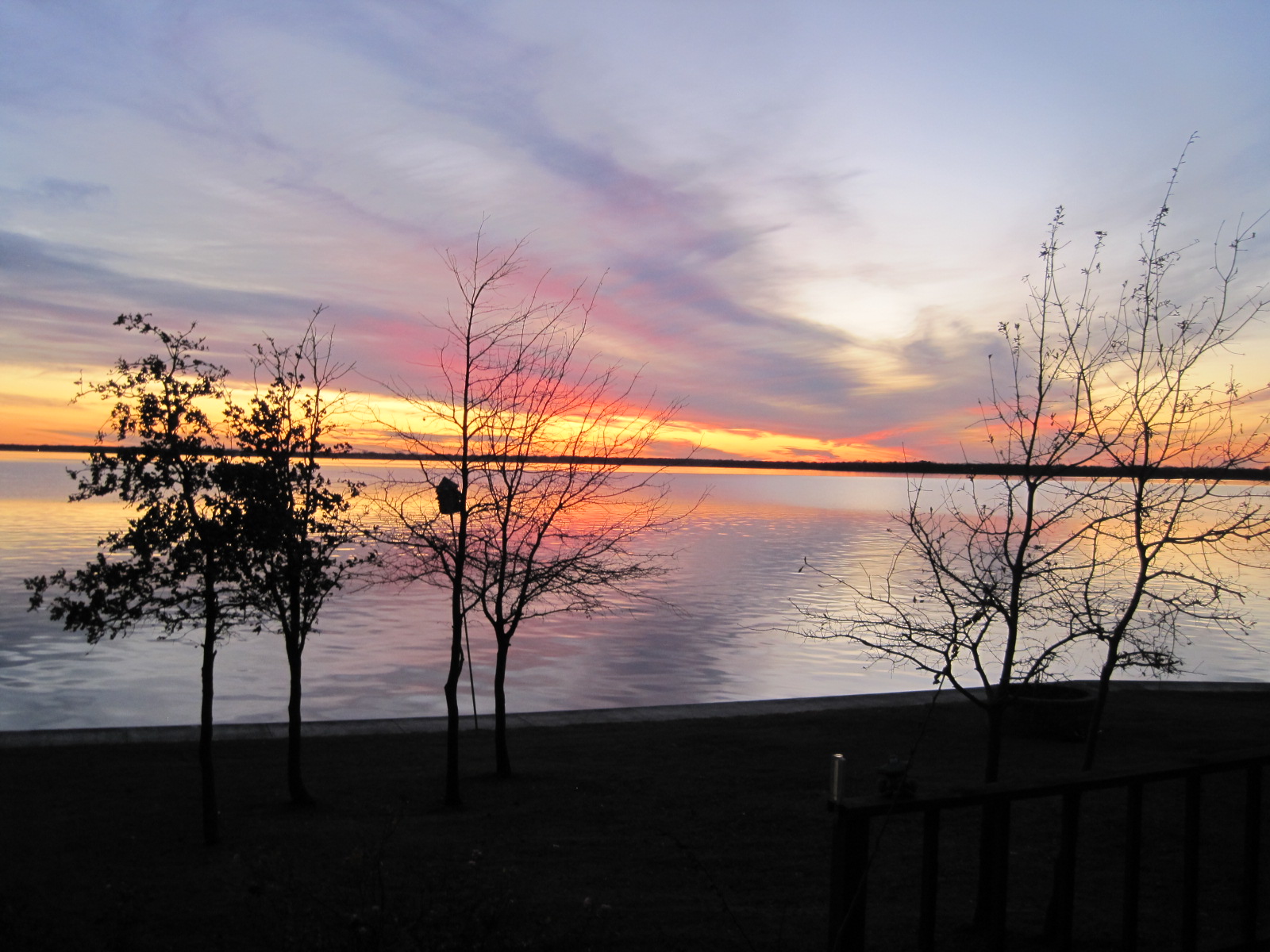 People come to Richland Chambers Lake all the time and ask the same question, "Why aren't there more homes and people out here?

After being out here for more than 8 years now and immersing ourselves, our business and daily lives into all things Richland Chambers I have a much better grip on the answer.

Part of the reason is our 'out in the country' location.  The lake is about 15 miles South East of Corsicana, a small town of about 25,000 people. (Take US 287 southeast towards Palestine off of I45 about 15 miles to find the lake.) Corsicana is the largest town around and has the basics. Downtown Fairfield is 18 miles from the damn and Palestine is about 40 minutes or so on down 287. Athens is not far to the east and lots of little towns around.   We're an hour+ southeast of Dallas and an hour and 1/2 a half solid to DFW airport. Not too far to get your big city fix.

But, the biggest reason sometimes you feel like you have the place to yourself out here is:

In the late 80's the Texas State legislature recognized the economic significance that a lake could have upon a community. Often substantial, but sometimes not so great or enduring. So in 1987, they passed a law that provided for zoning on lakes completed after 1985.  Impounded in 1989 Richland Chambers was only lake to which that statute applied. If you're so inclined check out (sections 231.071-231.083 of the Local Government Code).

Here is a link to the ordinance on the State of Texas website:

The Ordinance covers the Navarro County portion of the lake which is by far the lion's share of the shoreline. Just the fact a zoning ordinance is in place has controlled the growth around the lake. Along the shoreline there are a series of nice neighborhoods and a lot of beautiful scenery.  Commercial development is very limited, there are only a few public access boat ramps and there are no overnight parks apart from the marinas.

The only other commercial operation on the lake is Fisherman's Cove Lodge located off of FM 309 south of US 287.  They offer guided fishing and hunting trips, cabins and breakfast.

So the long and short of it is that the Zoning Ordinance has allowed Richland Chambers to become a very peaceful, quiet, uncrowded paradise. 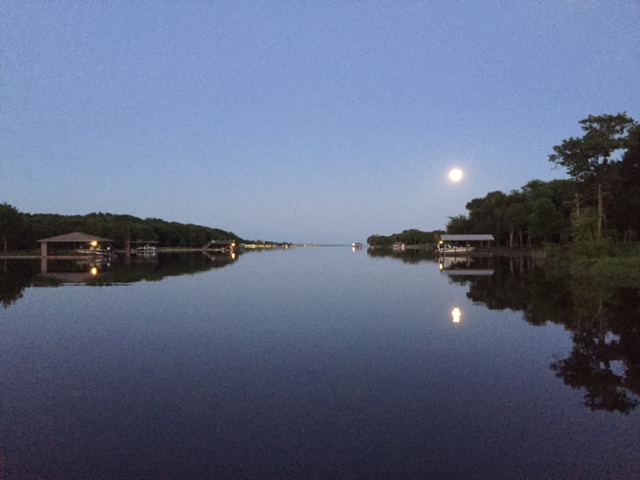 So get here as soon as you can, it won't always be this way

This is a good deal 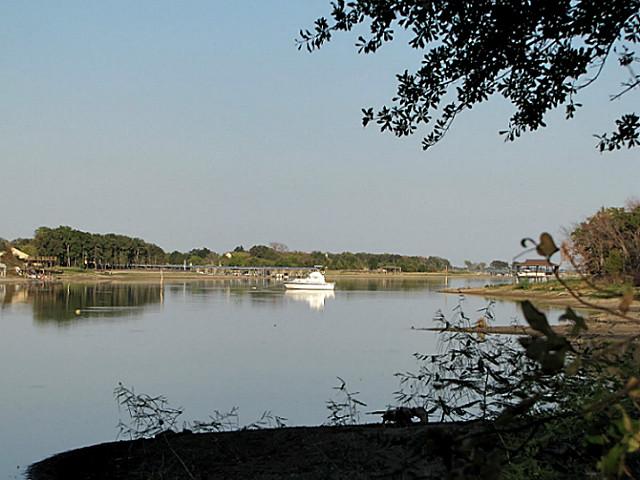 This is a good deal.  Lot 253 Hatteras in The Shores is listed at $99,500.  This is a beautiful .711 acre home-site with approximately 129 feet of dock-able shoreline on the largest protected cove on Richland Chambers Lake.  The underbrush has been cleaned out and the home-site slopes beautifully down to the water.  The Shores is restricted to 1800 square feet minimum, site built homes only.  You can bring your RV for up to 7 days at a time and no more than 14 days a month and you must take it with you when you go.
The Shores has resort-style amenities with an infinity pool, clubhouse, fitness center, boat ramp, sand volleyball courts and more. Check out the listing:  Lot 253 Hatteras

This is an incredible piece of property on the south-side of Richland Chambers Lake.  It is 13 acres and has approximately 1700 feet of shoreline.  In the picture it is the whole point with the white roof boathouse on it plus some .  It was originally five lots and totals right around 13 acres. This property has 45 foot elevations above the water and is completely wooded and the shoreline is bulk-headed.  Electricity is in place and the boathouse has 3 slips with lifts and a trex deck floor.
This property could be divided into several home-sites or could be an absolutely breathtaking lakeside manor. Check out the listing    Lot 36 Pelican Point

8/5/2012
So far so good!  I have very tan feet.  Today is day 73 of my 90 day business goal for summer 2012, no shoes.  Yes nothing but sandals and mostly flip flops.  I have had a few stickers and a touch of poison ivy from walking lots and land.  But GOALS are important.
Julie, Hope and I attended the Mid-Summer Awards Celebration for RE/MAX of Texas last Wednesday afternoon in Las Colinas at The Ranch.  This is very cool place by the way.  I was probably the only person in the place with flip flops on.  After initial surprise and some funny expressions the goal remains intact. Today is easy we are going to go meet some folks out on the lake,  look at some property and take some pics and videos.  This can all be accomplished while working on the pedriatorial tan.  Life is good... 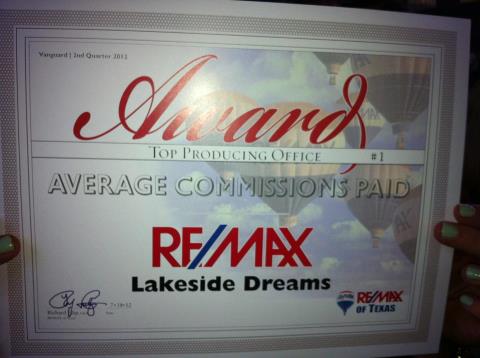 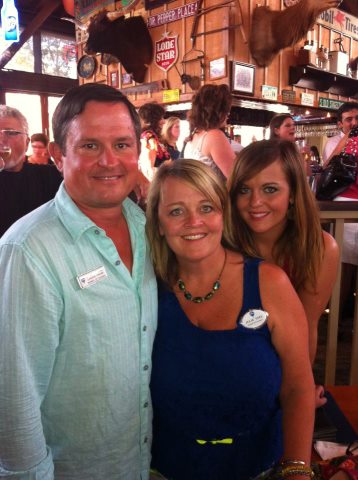 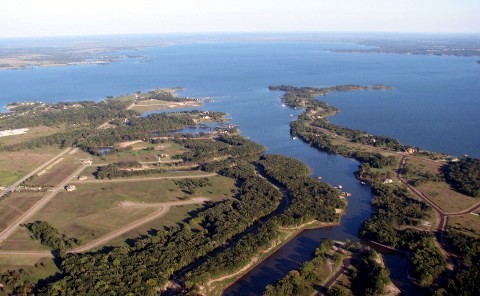 There are quite a few waterfront lots available on Richland Chambers these days.  I get asked all the time what the really great deals are, so here we go.   There are several out there that are absolute bargains.  One in particular is lot 253 down on Hatteras in The Shores.  It is on dockable protected water in the largest natural cove on Richland Chambers.  The lot is .711 acre and is listed at $99,500. Lots of trees, rolling terrain down to the water and a premier neighborhood with the best amenities on the lake.
Check it out: Lot 253 Hatteras

Dockable waterfront in The Shores $29,900 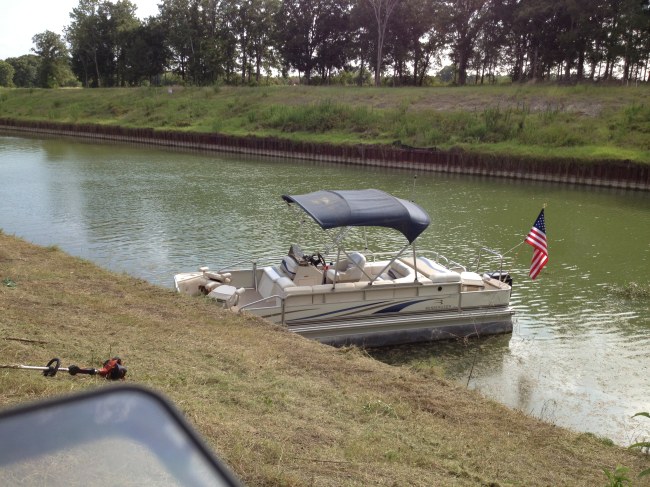 he Shores is a half acre wooded home site with 110" of dock-able waterfront.  The lot is nice and flat and slopes down to the water at the shoreline.  Underground electric service is installed with one 30 amp and three standard 110 receptacles in place.  The Shores is a gated community with the best amenities on the lake.  There is no time limit to build and you can build your dock first to come and enjoy the lake.  I took the boat in to get these pics.  Check out the video of the journey in and out on the homepage. 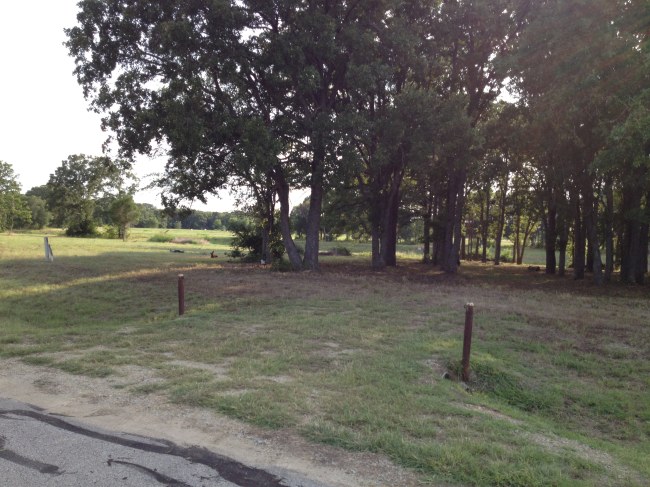 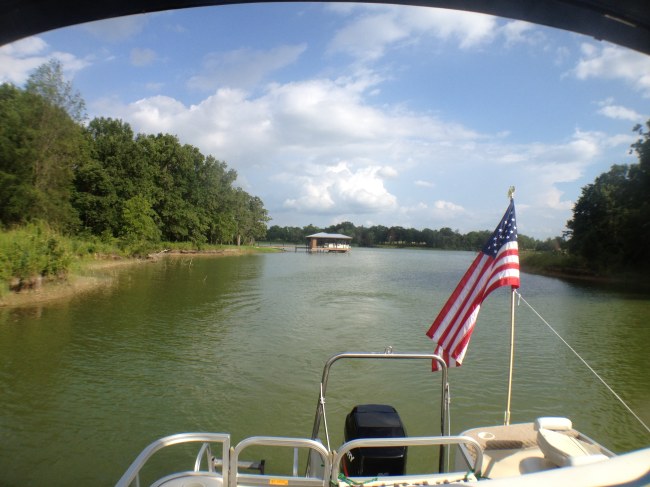 7/15/2012
Waterfront cheap. Lot404in TheShores. This is a very wooded lot on the first canal between Sailboat Drive and Clubhouse Drive.  This lot is a beautiful homesite or is RV ready with 30 amp+ in place and culvert/driveway entrance. The water in The Canal is 6.5 ft + at  full level.  Will post pics and info tomorrow. 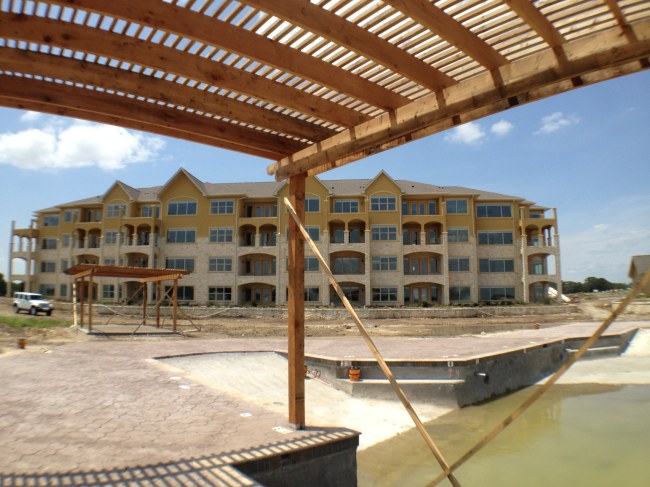 The long road for waterfront condos on Richland Chambers is quickly coming to it's first milestone.  The first building should be ready to move in by the end of July.
The grounds are coming together with new landscaping, stone retaining walls, sidewalks, sprinklers, parking and a really awesome pool.  The condos themselves are in the finishing stages with flooring, appliances and all the finishing touches being done now.
There is one of each floor plan beautifully furnished and ready to show you the endless possibilites of waterfront living at Northshore Harbor.
Check out the lates pics...click here 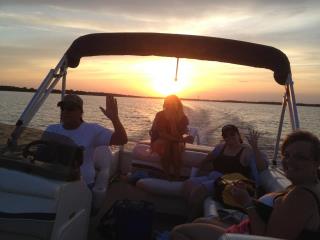 and Chambers Lake on Sunday afternoon was absolutely great.  It was a little windy when Julie and I went by water to show clients a waterfront home in Southern Oaks on the south side of the lake. However as the evening went on the lake calmed down, we picked up some friends and went for a cruise just to enjoy the water.
For anyone who has not been on the lake it is 44,000 acres of water with more than 330 miles of shoreline and the scenery is breathtaking (especially the sundowns).  Richland Chambers is at full pool and with this much water this lake is never crowded.  There are lots of good people around the lake and thanks to a certain friend in Chambers Point who supplied us with refreshments from his boathouse :)
Page:  of 000  |